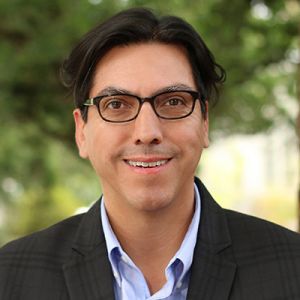 Chris is currently the Director of the Center for Latina/o and Latin American Studies and a member of the Advertising and Media Studies faculty. His research lies at the intersection of globalization, media, and culture. Specifically, his research explores two main themes: the ways in which global media industries organize and re-organize collective identity, and the degree to which marginalized communities can be empowered within the constraints of marketplace dynamics. Chris is the author of The Sound of Exclusion: NPR and the Latinx Public (forthcoming), Reinventing the Latino Television Viewer: Language Ideology and Practice and co-editor of Identity: Beyond Tradition and McWorld Neoliberalism. Chris’ research has appeared in peer-reviewed journals including Consumption, Markets and Culture, International Journal of Communication, and Critical Studies in Media Communication.

Prior to coming to the UO, Chris worked as an assistant professor at St. Louis University.  Before conducting his doctoral work, he worked as an advertising executive at several agencies, including Goodby, Silverstein & Partners, TBWA Chiat/Day, and Venebles Bell & Partners.  In 2018 Chris received the University of Oregon's Faculty Excellence Award and in 2015, he received the University of Oregon’s Early Career Award in Research Excellence.