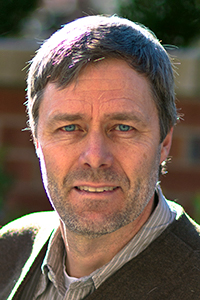 A native of Sweden, Torsten Kjellstrand comes to academia after 25 years of work as a writer, photographer, and filmmaker. He worked at The Herald in Jasper, Indiana, where he was named Newspaper Photographer of the Year by the POYi. While working at The Spokesman-Review in Spokane, Washington, then The Oregonian in Portland, Oregon, he was recognized for a broad range of work, from Lowell Thomas Awards for travel writing and photography to an Overseas Press Club Award for foreign news.

Throughout his journalism career, Kjellstrand has tried to tell stories that go beyond and challenge stereotyping in rural, Native American, and immigrant communities. He cut his narrative teeth as an English major at Carleton College, Northfield, Minnesota, followed by a Fulbright Scholarship to study comparative literature at Uppsala University in Sweden. He spent a year as a John S. Knight Fellow at Stanford University in 2003-04 studying links between ethnicity, language, landscape, and storytelling. He then worked as a freelance photographer and filmmaker in New York City before coming to Eugene in 2013.