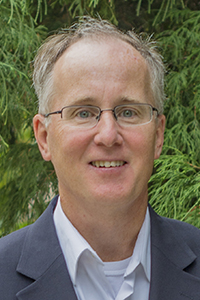 Charlie Butler is a journalism instructor at the School of Journalism and Communication and the faculty director of the new SOJC Media and Social Action Academic Residential Community.

During his journalism career, Charlie has worked as an editor and writer for such publications as Runner’s World, SmartMoney, Sales & Marketing Management, and SportsTravel. His freelance work has appeared in The New York Times, Fortune, Men’s Health, BusinessWeek, and CJR, among other publications. He is the co-author of two books: The Golden Rules, 10 Steps to World-Class Excellence in Your Life and Work with Bob Bowman (coach of Olympian Michael Phelps); and The Long Run, a narrative that chronicles the tragic accident sustained by a New York City firefighter and his heroic recovery.

A graduate of the journalism school at Columbia University, Charlie also completed the university’s Knight-Bagehot Fellowship in Economics and Business Journalism program. In addition to teaching at the UO, Charlie has taught journalism at Lehigh University, Ursinus College, and Rosemont College, and he has taught business communication courses at the New York University School of Continuing and Professional Studies.

Charlie and his family moved to Eugene in September 2016.

Charlie Butler concentrates much of his creative work writing and editing for sports and business publication.