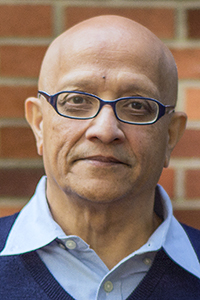 ish Sen has been teaching as an adjunct instructor at the School of Journalism and Communication since 2004.

He worked as a journalist in India before coming to the United States for graduate work in journalism and communication. He taught for several years in the Department of English, General Literature, and Rhetoric at the State University of New York, Binghamton, where he was a member of the University Diversity Task Force and served as an advisor to the student-run Harpur Academic Review. He has also worked as a consultant for a marketing firm and an internet-based company and as a communications specialist for nonprofit organizations.

Sen’s research interests include mass communications, globalization, and new media. He is the author of Of the People: Essays on Indian Popular Culture and has written several articles that focus on different aspects of televisual culture. He is currently co-editing a volume titled 50 years of Indian Television: Contemporary Issues and is working on a monograph that will examine the spread of digital culture in India.