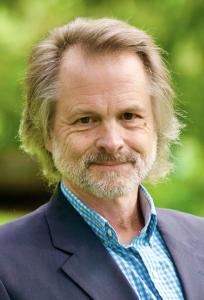 Brent Walth joined the UO School of Journalism and Communication in 2015 after more than 30 years as an editor, author, and investigative reporter. A native of Oregon, Brent has worked as staff writer and managing editor for Willamette Week; Oregon State Capitol correspondent for the Eugene Register-Guard; and as Washington, DC, correspondent and senior investigative reporter for The Oregonian. Brent also was a 2006 Nieman Foundation fellow at Harvard University.

Brent is a five-time winner of the Bruce Baer Award, Oregon’s top reporting prize, and the Gerald Loeb Award, the nation’s top honor for business and financial reporting. At The Oregonian, he was a finalist for the Pulitzer Prize for Explanatory Reporting in 2000, and in 2001 he shared the Pulitzer Prize for Public Service for an investigation into abuses by the Immigration and Naturalization Service. He is also the author of Fire at Eden’s Gate: Tom McCall and the Oregon Story, a portrait of the state’s most influential governor — a book President Bill Clinton called “a remarkable biography.” In 2008, Brent founded the Scholarship For Civic and Watchdog Journalism, given to SOJC students who demonstrate a commitment to in-depth reporting. Brent was inducted into the UO School of Journalism and Communication Hall of Achievement in 2014.

At the SOJC, Brent teaches writing and reporting courses, including Investigative Reporting. At the SOJC, Brent is co-founder and co-director of the Catalyst Journalism Project, which brings together investigative reporting and solutions journalism to spark action and response to Oregon’s most perplexing issues. Catalyst has helped dozens of SOJC journalists publish their work with professional news organizations, and the project has been recognized internationally for its innovative approach to bringing investigative journalism together with solutions-oriented reporting. He also serves as co-director of the Charles Snowden Program for Excellence in Journalism, which selects and places interns at news organizations around the state. Snowden interns are chosen for their potential for successful media careers based on their journalistic experience, commitment to ethics, passion for journalism, and academic performance. The program is open to student journalists at all Oregon colleges and universities.

Jonathan Marshall Award for Innovative Teaching in Journalism and Communication, 2017

"Getting Past No," in Interviewing: The Oregon Method, 2nd Edition. Peter Laufer and John Russial, eds. Oregon State University Press, 2019.