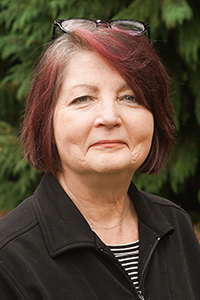 in the past few years, Morrison has leveraged her understanding of creativity to address the climate emergency and climate justice. She has spoken at venues in Sweden, Ghana, New York, the United Nations, and at SXSW about the responsibility of the advertising industry to use its formidable power to address climate issues. Her book, Brave Work in the Age of Climate Change, will be published in 2022. She has completed the Climate Reality Leadership Training founded and directed by former Vice-President Al Gore. She believes the creative industry possesses the critical, conceptual, and creative skills needed to bring awareness and action to this issue, thereby resolving that creativity can save the world.