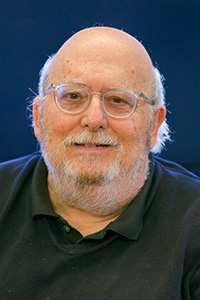 Mitchell Block is finishing "Sara" a documentary sequel to his 1973 film, "No Lies", it is Block's first work as a director in over 40 years. Block is one of the very few documentary producers whose films have been recognized for achievements by the Academy of Motion Picture Arts and Sciences four times. “The Women of the Gulag” (2019) was shortlisted for a documentary short Oscar nomination he was its executive producer. “The Testimony” (2016) which he produced was shortlisted for an Oscar and “Poster Girl”, which he produced, was nominated for an Academy Award (2011).  “Vessel” which he produced (2014), won Jury and Audience Awards at South by Southwest, at Hot Docs, the Audience Award and at Sheffield Film Festival – The Peter Wintonick Award. As a distributor (Direct Cinema Limited) his company’s short films, documentaries, animated and feature films have received over one thousand awards including 25 Academy Awards and 76 Award nominations.
Block conceived, co-created and was an executive producer of the Emmy award-winning 10-hour PBS documentary “Carrier” for Mel Gibson’s Icon Productions; he was the executive producer of HBO's Oscar-winning film “Big Mama” with Sheila Nevins. “No Lies”, which he wrote, produced, directed was one of 600 American films created since 1895, selected over the past 25 years for the National Register of Films of the Library of Congress for preservation for all time. It has been reviewed as one of the “best shorts ever made” by Indiewire.
He is currently a consulting creative producer for TenCent the Chinese software and game producer working on short live action, animated and documentary films and feature animation. He is scheduled to produce the 2022 Beijing Official Winter Olympics feature films and is working on a feature documentary about a 7 year old Mongolian Horseman.  He was a consulting producer on the feature documentary, “The Lost City of Monkey God”, an executive producer on a documentary about the Greek Holocaust, “the Sixth Extinction” which is in process and he produced “Face of the Nation” about architecture and America’s participation at World’s Fairs.
From, 1979 to 2017 he was an adjunct prof. at USC, School of Cinematic Arts and has been teaching and lecturing in China in Beijing, Shanghai and other cities. He has lectured at over 50 colleges and universities worldwide. He is a member of the Academy of Motion Picture Arts and Sciences, Academy of Television Arts and Sciences (LA) and was a founding member of the British Academy of Television Arts and Sciences (in LA). He is a life member of the University Film and Video Association and the International Documentary Association.
Block’s films have received numerous grants including from the National Endowment for the Arts, the National Endowment for the Humanities, The American Film Institute, the Leo Jaffe Fund (Columbia Pictures) and the Graham Foundation.
He consults globally on films, financing, marketing and distribution and Copyright.

Filmmaking, My documentary and fiction works are based on true stories. Each is carefully researched, from the story background, scripting (when appropriate) casting, putting together the production team to the editing and post production testing. I am also interested in film production and education and the business of filmmaking. Film History. Ethical standards in filmmaking. Copyright and fair use.