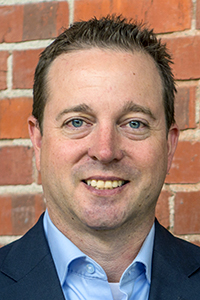 Paul Swangard is the President of Bowerman Curve Collective Inc., a strategic consulting and media services firm based in Eugene. His clients include Nike, USA Track and Field, the IAAF, NBC, and ESPN. He  also serves as Chief Strategist for RunnerSpace and athletic.net, a digital media hub for coverage of track and field, cross-country, and road racing in the US and Canada.

Swangard is the long-time “voice” of Historic Hayward Field and regularly provides in-stadium and television commentary for athletics events around the world. In 2016, he served as the English-speaking announcer for athletics at the Summer Olympics in Rio de Janeiro, Brazil.

Swangard spent the early part of his professional career as an award-winning sports broadcaster in both radio and television. After more than a decade of leadership of the highly acclaimed Warsaw Sports Marketing Center at the Lundquist College of Business, Swangard joined the SOJC as an instructor of sport brand strategy and advertising.