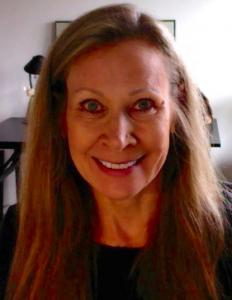 Debra Merskin (PhD, Syracuse University) is professor of media studies. She earned her first PhD in public communication from the Newhouse School at Syracuse University and completed coursework toward a second PhD in depth psychology with an emphasis on ecological psychology. Her research and teaching focus on intersectional race- and gender-based theories and examine exclusion or stereotyping by media of marginalized human beings as well as animals other than humans. She is the co-creator of the style guide for journalists and other professional communicators interested in respectful and accurate portrayals of animals in media at animalsandmedia.org.

Merskin’s first book, Media, Minorities, and Meaning: A Critical Introduction (Peter Lang, 2010), is an examination of how and why American mass media, including advertising, presents Otherness—anyone or anything constructed as different from an established norm—in terms of gender, race, sex, disabilities, and other markers of difference. Her second book, Sexing the Media: How and Why We Do It (Peter Lang, 2012), explores how and why media and other social institutions use sex and sexuality to advance economic and ideological interests. Her third book, Seeing Species: Re-presentations of Animals in Media & Popular Culture (Peter Lang, 2018, in press) explores the intersections of race, gender, sexuality, and species through an examination of re-presentations of animals in media.

Her professional background is in advertising.

Dr. Debra Merskin, Ph.D. (Syracuse)  is a teacher and scholar who is committed to removing the veil from re-presentations of any and all beings who are shown in limited and limiting ways. She has published multiple journal articles, book chapters, and encyclopedia entries on media representations of constructed “Others” in American media. This includes animals other than human. Her theoretical emphasis is stereotypes, representational ethics, and speciesism. Her first book, Media, Minorities, & Meaning: A Critical Introduction (Peter Lang, 2010) looks below the surface of media content to explore the psychological, social, and economic underpinnings of a system of beliefs that result in prejudice, discrimination, and oppression. Designed to raise awareness of the foundations of historically-based inequities in the American social, cultural, and economic milieu, the book illustrates how inequalities are maintained, at least in part, by mass media, popular culture, and advertising representations.

Dr. Merskin’s latest book, Seeing Species: Re-presentations of Animals in Media & Popular Culture (Peter Lang, 2018)  explores the intersectionality of species, race, and sex. Chapters examine the human/animal divide, how children learn empathy, and examines the use of animals in media, tracking species from appearances in rock art and picture books to contemporary portrayals in television programs and movies. Primary questions explored include: Where does thinking of other beings in a detached, impersonal, and objectified way come from? Do the mass media contribute to this distancing? When did humans first think about animals as other others? The main themes include examining the persistence of the human-animal divide, parallels in the treatment of otherized human beings and animals, and the role of media in either liberating or limiting real animals.

In addition to an earlier career in advertising, Dr. Merskin studies animals and psychology. She has completed coursework for a second Ph.D. in ecological psychology at Pacifica Graduate Institute. She is active in the animal welfare community serving as an advisory board member for the Kimmela Center for Animal Advocacy, Predator Defense, and The Humane Education Coalition. She is a board member of Fawn Hills Animal Sanctuary.  Along with Dr. Carrie Freeman, she co-founded the web site and media style guide site animalsandmedia.org