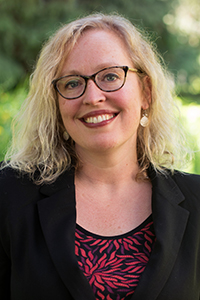 Prior to joining the UO, Amy Boutell managed the Writing, ESL, and Foreign Language academic support programs at the University of California, Santa Barbara, where she hired, trained, and supervised a staff of tutors and developed a co-curricular creative writing program. At UCSB, Amy served on university-wide committees, including the International Student Task Force and the Dream Scholars Resource Team, and received an Ally Award from the Resource Center for Sexual and Gender Diversity. A native of Eugene, Amy’s background in publishing includes working as a Web Producer at Hearst Magazines.