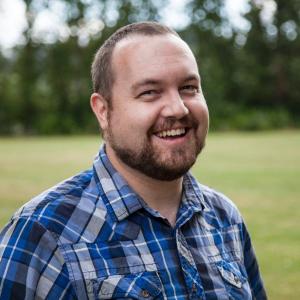 Steven Kray is the sound supervisor at Oregon Public Broadcasting.He started his career at a small market television station, running the audio console and creating graphics for television station KFXB in Dubuque, Iowa, when he was 16 years old. Steven earned a degree in recording engineering at Full Sail University in Orlando, Florida, before becoming the sound editor at AMS Pictures in Dallas, Texas, from 2000 to 2005.Steven has been involved in numerous award winning projects at OPB. He won several NW Emmy Awards for his audio work on OPB's outdoor documentary show Oregon Field Guide and for his music mixing for K.D. Lang, Neko Case and Laura Veirs among others.Steven is also an avid record collector and early computer enthusiast. In 2015, he competed and won in a national Atari classic video game tournament. In his free time he laughs it up with his wife and two daughters. Saturday nights 10pm-Midnight he is the host of the funky radio show "The Drop Shop" on KMHD.