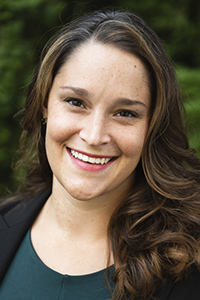 Amanda Cote is Assistant Professor of Media Studies/Game Studies at the University of Oregon School of Journalism and Communication. Her work focuses on the industry and culture of video games, with a particular emphasis on gender, representation, and issues of technological access.

More specifically, Cote draws on critical explorations of industry texts and practices, as well as interviews with female gamers, to explore gaming’s conflicting trends towards greater diversity and greater discrimination. Although the spread of casual, social, and mobile games has led researchers, journalists, and players to believe that video gaming is opening up to previously marginalized audiences, especially women, the past decade has simultaneously seen numerous incidents of game-related racism, sexism, and misogyny. Cote’s work explains how these conflicting narratives can co-exist, as well as how women navigate their contradictions while gaming.

Cote received her bachelor’s degree from the University of Virginia in 2010 and completed her Ph.D. in Communication Studies at the University of Michigan in 2016. Her first book, Gaming Sexism: Gender and Identity in the Era of Casual Video Games, was recently published by NYU Press. She has also published articles in venues such as Journal of Communication, Games and Culture, Feminist Media Studies, and edited book collections.